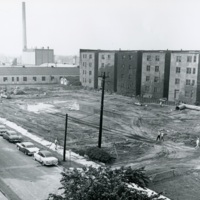 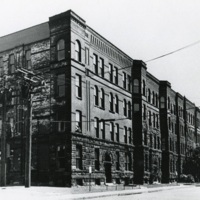 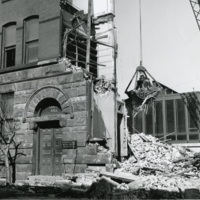 Built as part of Armour Flats. In 1907, six sections of the building were christened Chapin Hall for Armour Institute use. When Armour Flats was demolished, these units left on Federal St. to the south of the Armour Mission building were left standing. When Chapin Hall was remodeled in 1937, two of its northern sections became the Physics Building.